US Open 3rd round 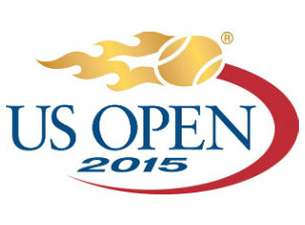 Wow the first 2 rounds of the Open really flew by quickly this year , that is because they now are not making the Men’s first round last for 3 days at the beginning. It’s the only Slam that used to do this, that didn’t start on a Sunday and it makes for more exciting tennis.

We are already into the 3rd round as I said and there have been a few surprising results. Mostly on the Women’s side as only 3 of the top 10 seeds remain. That is not too surprising because if you looked at the draw the top seeds really didn’t scare too many people. Serena of course is still around, as is Kvitova and Halep but everyone else has been sent packing. Last night’s victim was Caroline Wozniacki who doesn’t have the type of game to scares anyone, but she just basically “chocked “when the draw opened up and she realized that she may be in the Finals again .It is a shame however when she came back from set and a break down only to blow 4 match points in the 3rd set, and then played a terrible breaker. Kudos to Cetkovska who played without fear and didn’t like being the “sacrifice lamb” to be slaughtered on center court to a seed in the night match, and really outplayed Caroline for the entire night.

On the Men’s side we want to talk about Jack Sock. He is rapidly becoming one of our least favorite players. There are so many things technically that I could tear apart in his game, but if you perfect the stuff you’re doing wrong you can actually play pretty well with limited talent. Such is the case with him. He should be embarrassed however that he came in as a seed and after winning the first 2 sets dropped the 3rd and then cramped up and retired in the 4th set. This is the type of thing that qualifiers, party boys and guys that don’t care do, not seeded players who are winning. It’s hot for everyone, cut down on the beer and burgers before the Slam and train a bit harder. Maybe he will lose that beer gut now and realize that he can play this game a little bit but he needs to grow up.

There are a couple of entertaining matches today. On the Men’s side Nadal is -380 to Fognini+260.The Italian has beaten the Spaniard twice before and will be in this match but look for Rafa to win in typical Rafa style by finding a way to get it done in 3 or 4 hard sets. Also today we have Raonic-180 and Lopez+135, this is very interesting match as Lopez has been playing great all summer and Milos has not. The Spaniard has the type of net rushing game and athleticism that will give the Canadian problems; we smell a small upset here.

On the Lades side we love the Madison Keys +115 vs. Radwanska -150 match. The thing we love about Aggie is it’s never pretty. She must have read Brad Gilbert’s book “Winning Ugly” cuz that is what she does. She struggles but always finds her opponent’s weakness, and then exploits it. That will be the case today as she will probably drop a set and win maybe 7-5 in the 3rd.She can go  very deep in this tourney as long as she can get by the “1000lb Gorilla in the room”(no pun intended) Serena, in the 4th round. We like her chances but she better not look ahead today.

So today’s plays at America’s Bookie are Radwanska-150, Lopez+130 and Nadal -380.The worst case scenario is that we double our money when Aggie and Rafa win. See you next week guys; enjoy your last weekend of summer.