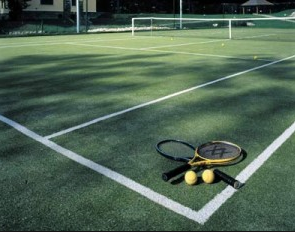 The most basic of wagers in tennis probably involves betting on who the eventual winner of the tournament is going to be. These odds might be posted well in advance of a grand slam tournament at a place like America’s Bookie, and closer to the commencement of other tournaments. It is comprised of a field of players. There is only going to be one winner among the entire list of players, and therefore there is only one betting “event,” so to speak, so this particular type of that is somewhat limiting. The favorites in tennis tournaments are usually the top-ranked players, and/or those who might specialize on the specific surface the tournament is being played on.

There are other fields the sportsbook customer can wager on, and these may include prices on the various players to reach the semi-finals, or even the quarter-finals. It depends on how big the tournament is. These odds can and do change during the event. As such, they are “dynamic” in nature. The changes take place according to the oddsmaker’s evaluation of the results to date, as well as the upcoming matches they have in their bracket. Of course, players are removed from the proposition as they are eliminated.

Generally speaking, this is not the most popular way of betting on tennis, because as we mentioned, it is somewhat limiting. So customers have taken to wagering on the individual matches themselves, which present the opportunity to handicap a head-to-head situation. As the tournament progresses, the match odds, based on who will actually win the match, will draw more action, because in the opening stages of the tournament, particularly one with a large field of players, there are going to be overwhelming favorites. For example, players who might be seeded 1-4 will often play qualifiers or low -ranked players in the first couple of rounds. But as the tournament gets to the fourth round, the quarter-finals, the semi-finals and then, of course, the finals, these lines will tighten up a bit and they will get more action.

To illustrate what we are talking about, let’s take a hypothetical that might happen in one of the grand slams, between two of the top players in the world. This is what the match odds might look like between two legendary players in a grand slam:

Of course, in this particular set up, Federer is the favorite, and those sportsbook customers who wish to win one dollar wagering on him will have to wager $1.60. On the other side, Nadal is the underdog, and if he wins, a one dollar wager will bring back $1.20 in profit. So as you can see, in this very basic model, it is really no different in its structure then betting on a baseball game or boxing event. There is a favorite and an underdog, and a price on each. The important thing to take away from this is that being able to bet on the individual matches throughout a tournament is what gives tennis betting the extra boost it needs to become a very popular undertaking with the public.