Other Ways to Bet Tennis 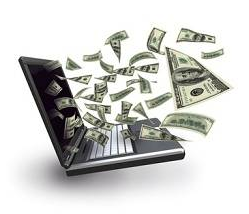 Another thing the that provides an extra twist and some interest for people who are wagering on tennis involves propositions as to what might happen during the match itself. These numbers really get into specifics, and obviously they are created to attract more action. Of course, the sportsbook must be careful, because these numbers must be sharp. Remember, there are a lot of very smart people out there betting tennis. Perhaps you are one of them. Nonetheless, there is much that sportsbooks (like America’s Bookie) can do to enhance the entertainment experience.

It is not uncommon, for example, to see a proposition that will allow customers to wager on how many sets any individual match will go beyond just slots. Obviously when you are talking about the men’s side, the choices are either three, four or five. Each of those possibilities will have a price assigned to it. And when tournaments progress into the quarter-finals, where the field is whittled down to eight competitors (or teams, if the sportsbook is taking wagers on doubles), this can be particularly challenging.

And it doesn’t end there – not by a longshot. Sportsbook players really get their handicapping skills tested when they have to evaluate how many total games a match will go. That’s because handicapping this situation also brings in another dimension, which is that a match that goes five sets eventually is a pretty good bet to have more games than a four-set match. So this really takes into account the superiority of one player against another. There are also situations where you can bet on something similar to a football “pointspread” as one player is favored by a certain amount of games over the other. So for example, if a player is favored by 8.5 games, and wins 22 total games in a match, compared to 14 for his opponent, the “underdog” in that proposition is the winner.

Statistical analysis comes into play for many of these props as well. That is because some sportsbooks, when they are in a grand slam tournament, might make propositions on how many aces or double faults a player might have during a match. How many unforced errors will they have? These are statistics that are kept officially, and they are very easily accessed. They are also often mentioned during a television broadcast. There are lots of possibilities.

In handicapping all of this, it is not uncommon for the enthusiastic tennis better to make a real study of things like serving speed, the ability to return serve, the number of aces or double faults a player might averaged during a match, or, specifically related to head-to-head match odds, the history between one player and another. The fact is, there are some players who, because of styles and other factors, perform well against certain opponents and badly against others who may generally be considered on the same level. These are subtleties that should unquestionably be taken into account, and then one can add in the other angle – performance in grand slam tournaments as opposed to other types of tournaments – in an overall handicapping evaluation. The statistics are getting better and better, and these are all things that can help a sports book customer in his or her analysis.