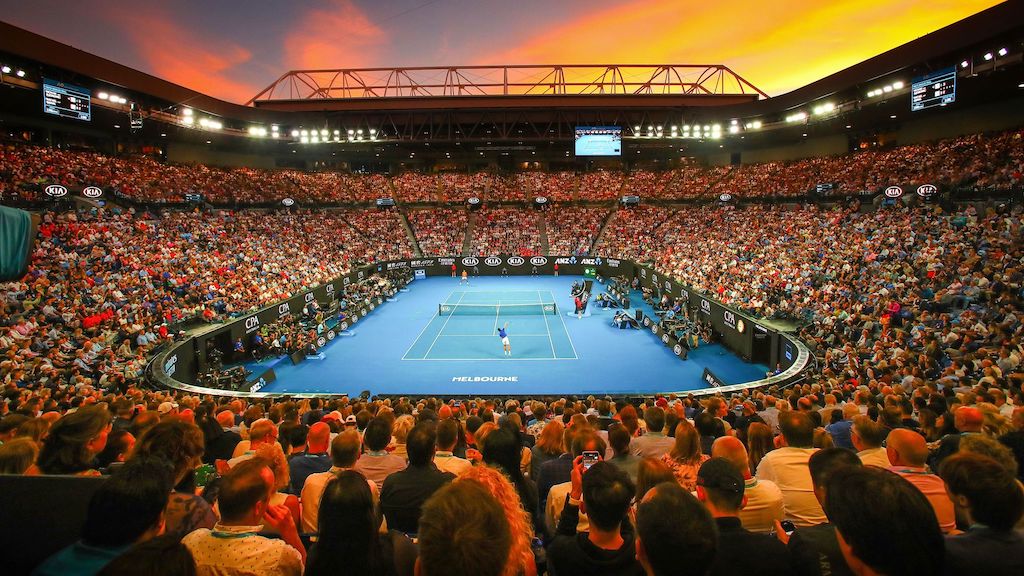 The 2021 Australian Open kicks off the Grand Slam tennis season in 2021 at Melbourne Park in Victoria, Australia. The best players in the world, both men’s and women’s, will gather in hopes of starting the 2021 season with a Grand Slam victory.

Bettors are also looking for a win. Here’s how the 2021 Australian Open is shaping up.

It’s no secret that the Australian Open has belonged to Novak Djokovic for most of the past decade. Over the past 10 years, Djokovic has won seven of his record eight Australian Open titles. That includes the 2020 crown when he defeated Dominic Thiem in five sets.

Djokovic will go for a third straight and ninth overall title as the +110 favorite at top tennis sportsbooks. The Australian was his only Grand Slam title last year. He won Wimbledon in 2019.

Sports Betting 101: How to Bet on Tennis

Thiem took Djokovic to five sets last year and is one of the top five players in the world right now. He is listed at +600 – same as Federer – and isn’t really a longshot, but he could pull the upset this year.

A true longshot bettors should consider is Andy Murray. At 33, Murray is nearing the end of his career. He has never won the Australian Open, but over the past 11 years he has played for the title five times. This could be the year and at +3300, he’d make bettors happy.

On the women’s side, the field is more wide open. Serena Williams has won seven Australian Opens, but she is 39 years old and hasn’t won a Grand Slam title since the 2017 Australian. Still, she is one of the leading favorites at +900 to win the 2021 Australian Open.

Naomi Osaka, the 2019 champion, heads the favorites at +800. Osaka bowed out of last year’s event in the third round losing in straight sets to then 15-year-old Coco Gauff. Osaka won the 2020 U.S. Open.

Last year, Sofia Kenin became the youngest player since Maria Sharapova to win the Australian Open. Now 22, Kenin has last year’s Australian Open and a trip to the 2020 French Open finals under her belt. She is currently the No. 4-ranked player in the world and is listed at +1000 to defend her 2020 championship.

The current WTA No. 1-ranked player in the world is Ashleigh Barty. The 24-year-old Aussie won the 2019 French Open and made it to the semifinals of last year’s Australian Open. She is listed at +900 to win this year and is a favorite for those wagering on tennis.

Simona Halep has won two Grand Slams – 2018 French Open, 2019 Wimbledon – and made it to the Australian Open finals in 2018 where she lost to Caroline Wozniacki. Like Kenin, Halep is listed at +1000 to win this year.

While not a huge longshot at +1600, Petra Kvitkova has what it takes to win this year’s Australian Open. She will give her competition problems because of her size – 6-feet – and because she is left-handed.

Kvitkova has two Grand Slam titles, but the most recent was Wimbledon in 2014. She made the Australian Open finals just two years ago where she lost to Osaka in three sets.