Conditions and Other Factors That May Affect a Match 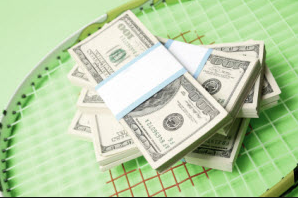 In the sport of horse racing, it is often said that there are “horses for courses.” In tennis there can be something similar to that going on, in the respect that certain players may perform much better on one surface than they will on another. Just to give you a quick synopsis of this, there are various surfaces that tennis tournaments can be played on. At Wimbledon, for example, the event is played on grass, a surface that was extremely common decades ago, but is much less common now. The French Open takes place on clay, as do a number of other tournaments. The Australian Open and the US Open take place on a “hardcourt,” although the nature of those hard courts are slightly different (the US Open is on “DecoTurf, with the Australian on Plexicushion).

A football team might feel more comfortable playing on artificial turf than they do on grass. There is no reason to believe that his players should not be the same way, to some extent. Naturally, on both the men’s and women’s side, some of the all-time greats have also been all-surface players. But there have been a number of outstanding American players who have won titles at Wimbledon or the US Open who could never breakthrough in the French Open, because they were all too often victimized by players who may have specialized in the clay-court surface.

There is obviously a difference in the way the game is played on the surfaces. Clay is generally considered to be a much slower surface than the others, and as such requires more patience. Most successful clay-court players (overwhelmingly from Europe) choose the baseline game rather than they serve-and-volley approach. The opposite is actually true at Wimbledon, where grass is extremely fast. Those players with a big serve who can get to the net quickly may wind up with a distinct advantage, generally speaking, over those who stay back. Some players, and certainly some tennis observers, believe that the hard courts offer a “true” surface experience, and therefore might be a little easier to handicap according to fixbodygroup.com.

But be forewarned; generally the oddsmakers are very tuned into the effect of the surface on the overall games of certain players. So it is not all that easy to gain an “edge,” unless the public activity on a particular match is not “sharp” action, and does not take the difference in surfaces into account.

There is another important factor that could go into handicapping tennis matches, and this may fall into the category of “conditions” as well. We are talking about the level of motivation on the part of a particular player, or at least what your perception of that level of motivation is. For those who may be more familiar with a game like college football, you know that a team may be much sharper and more focused facing off against a nationally -ranked opponent than they will be against a low-level foe. That’s just human nature. This also happens in tennis.

The top players have been known to put forth more effort in some tournaments than others. Obviously in the grand slams, especially if the surface is to their liking, there is no reason to believe a player will not be motivated and going 100% at all times. But in the tournaments that are less meaningful in general, this won’t always be the case. Yes, more tournaments than just the grand slams are factored into a computer ranking, and that ranking will determine seeding for tournaments. Players are now required to play in a certain number of tournaments, and in some of them, due to many factors, including scheduling and travel (remember that these people travel all over the world), they just don’t “get up” for the competition the way they would at, say, Wimbledon or Roland Garros (the site of the French Open). This is something you should be aware of, because it can produce upsets, and therefore value with underdogs. It may be useful to study the histories of players when they are in the “smaller” tournaments as opposed to the bigger ones.